NOw that's what I call entertainment.
A recently widowed Brenda, drives her family cross-country to start a new life. In the New Mexico desert, cut off from help, they must learn to fight back when they become the targets of a mysterious killer.
End of the Road is a thriller about people doing desperate things, starring Queen Latifah and Ludacris.
Chris “Ludacris” Bridges’ character Reggie finds himself in an isolated roadside motel, staring down a bag full of shrink-wrapped cash stashed near a man left for dead. Reggie grabs that bag, ignoring the lessons learned in movies like No Country for Old Men and A Simple Plan, where easy money comes with a body count.

Maybe Reggie felt the rules in that genre don’t apply since those movies were always about white people. End of the Road sets itself apart chiefly by leaning into its Black cast and crew, headlined by Queen Latifah. The movie climaxes with her announcing, “I make my own rules.”

By the time that mic drop moment comes, End of the Road has already detoured from unconvincing thriller about people doing desperate things for a bag of cartel money into territory that’s far more goofy and parodic, though that can be pleasurable in its own right. Who wouldn’t enjoy watching Queen Latifah break free from zip ties with sheer might to beat down a trailer park full of neo-Nazis?

Queen Latifah plays Brenda, a woman at the end of her rope, mourning her husband who recently died from cancer. She mortgaged their LA home to afford his chemo. Now he’s gone and so is their home. Brenda, her level-headed teenage daughter Kelly (Mychala Faith Lee), preadolescent son Cam (Shaun Dixon) and charmingly irresponsible brother Reggie pack up in their SUV to move to Houston.
They deal with some roadside microaggressions along the way before stopping at a motel in Arizona. That’s where they hear a commotion and a gunshot in the room next door. In that moment, Brenda announces to her family that she’s an emergency room nurse – as if they didn’t already know – and leaps out to treat the victim to no avail. The victim is also a goon who crossed a cloak-and-dagger villain named Mr Cross by stealing his money. Reggie is in the mood to do the same.

Soon Brenda is getting cryptic rings from what sounds like the caller from the Scary Movie franchise. It’s actually Mr Cross. He doesn’t do movie trivia but he does like to play games. What unfolds is a race-against-the-clock thriller with road rage and racists that’s mostly predictable, save for a couple of howl-worthy developments.

The action is clumsy. The writing leans on tropes. The dramatic scenes overestimate the artistic range of a charming rapper-turned-actor like Bridges. And director Millicent Shelton makes some curious stylistic decisions along the way, whether it’s amethyst lighting or montages that have the feel of an R&B music video.

The latter aesthetic makes sense when you consider Shelton’s background. She got her start working wardrobe on Do the Right Thing and directing music videos for artists like Kwamé and Salt-N-Pepa before writing and directing television as wide-ranging as 30 Rock and P-Valley. Just being a Black woman working behind the scenes in Hollywood for more than three decades makes Shelton somewhat of an unsung icon. And there are moments in End of the Road that are probably as powerful as they are because of her perspective.

The opening shot, for instance, introduces us to Brenda through the convex security mirror in a gas station convenience store, immediately reminding us how the people in the movie perceive a dreadlocked woman. She’s someone to be surveilled. And Queen Latifah’s finest moment in the movie is a scene where Brenda gets to sit in her feelings, exhausted from how much she must grin and bear it.

Well into their road trip, but before the money comes into the picture, the family is accosted by two dangerously aggressive racist hillbillies with a rifle in their pickup truck. There’s a game of chicken and then a confrontation on the road. To defuse the situation and ensure the safety of her Black family, Brenda apologizes to them, an extreme humiliation considering what they’ve just been through. When the white men laugh it all off as though they’ve been joking all along, it’s excruciating to watch the soulful, angry and hurt performance Queen Latifah gives – as if trying to choke down her own tears.

This is a movie that has very few authentic moments, and plenty of absurd ones. But that tiny performance, directed by a fellow Black woman, rings heartbreakingly true. 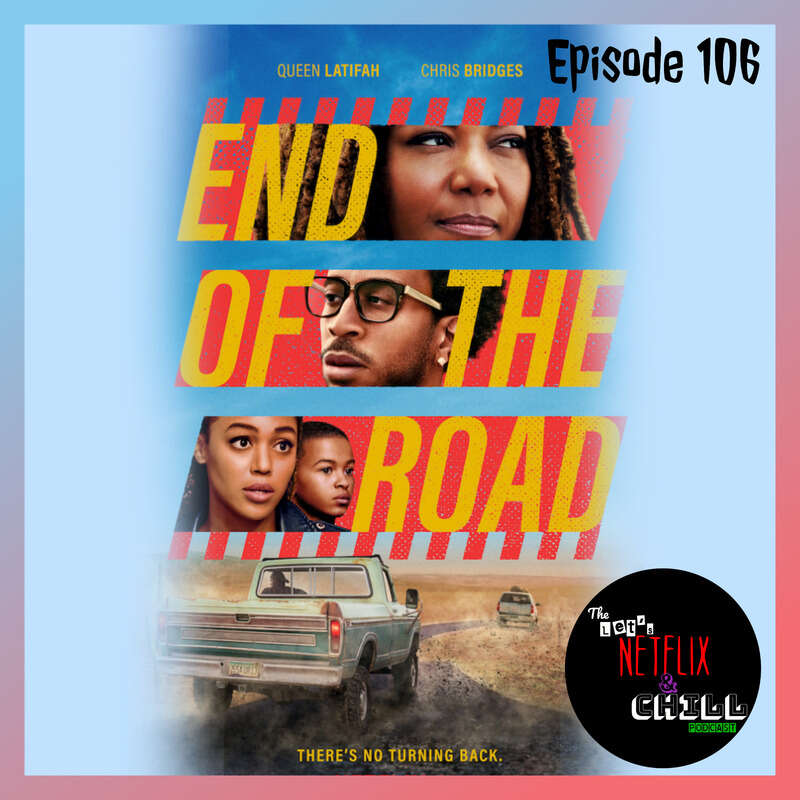